The Ellicotts… Their Mills & Their Clocks Join Alison Ellicott Mylander Gregory , an Ellicott descendant, for a two-part presentation on the innovative Ellicotts!

Are you curious about the Ellicotts who settled this area? Who were they, and why did they move here? Also, what were some of their impacts on our area? Join us as Alison Gregory, an Ellicott descendant who loves history, delivers a half-hour talk filled with historical Ellicott stories about their background, why a number of Ellicotts moved here from Pennsylvania, some of the ways in which they or their choices were impactful, etc.

Part 2 – A Brief History of Timekeeping – including a few notable Ellicott clocks and clockmakers (1:30 -2pm)

Did you know that members of the the Ellicott family were interested in various areas of science and that they developed mechanical devices, including clocks?  If you are interested in mechanical clocks or the history of timekeeping, please join us also for a half-hour talk about early timekeeping. 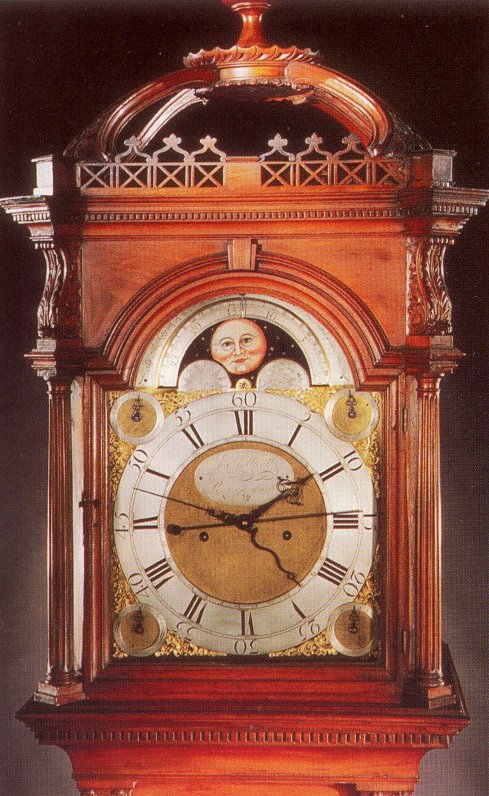 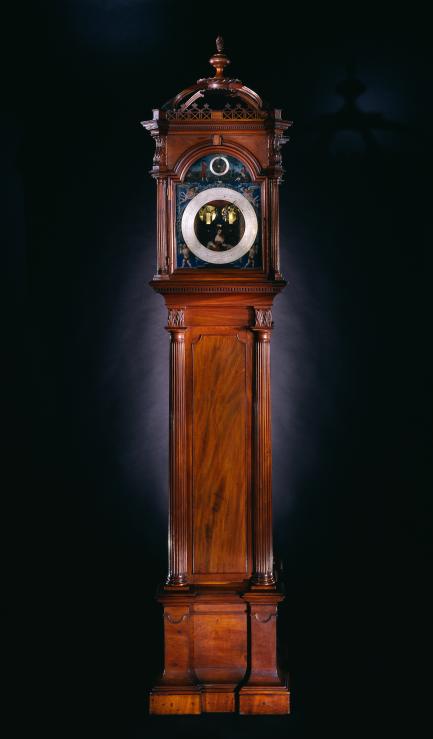 In 1769, Pennsylvania clockmaker and millwright Joseph Ellicott completed this complicated tall case clock. On three separate dials, it tells the time and shows the phases of the moon; depicts on an orrery the motions of the sun, moon, and planets; and plays selected twenty-four musical tunes on the hour. The musical dial on the Ellicott clock allows the listener to choose from twelve pairs of tunes. Each pair includes a short tune and a long one. On the hour only the short tune plays, but every third hour, both play. During a tune, automaton figures at the top of the dial appear to tap their feet in time to the music, and a small dog between them jumps up and down.

An Ellicott descendant raised in Maryland, Alison first became interested in the Ellicotts as a young girl when she wanted to learn more about her grandmother’s family while preparing a family tree. She then chose to research whatever she could access about the Ellicotts for a college history paper. She wanted to compare her findings about the Ellicott family with studies of others during similar periods in colonial and early American history and then to assess the extent to which differences detected could be understood based on their Quaker faith. A few years later, Historic Ellicott City published her work as a fundraiser.
Although she is neither an academic nor historian by career, she has remained personally interested in history (including family history), with her more recent historical focus being on early mechanical clocks and early surveying.
Alison has a BA from the University of Virginia (Math and History double major) and a JD from Stanford University.